Back to artists
Assoukrou Aké 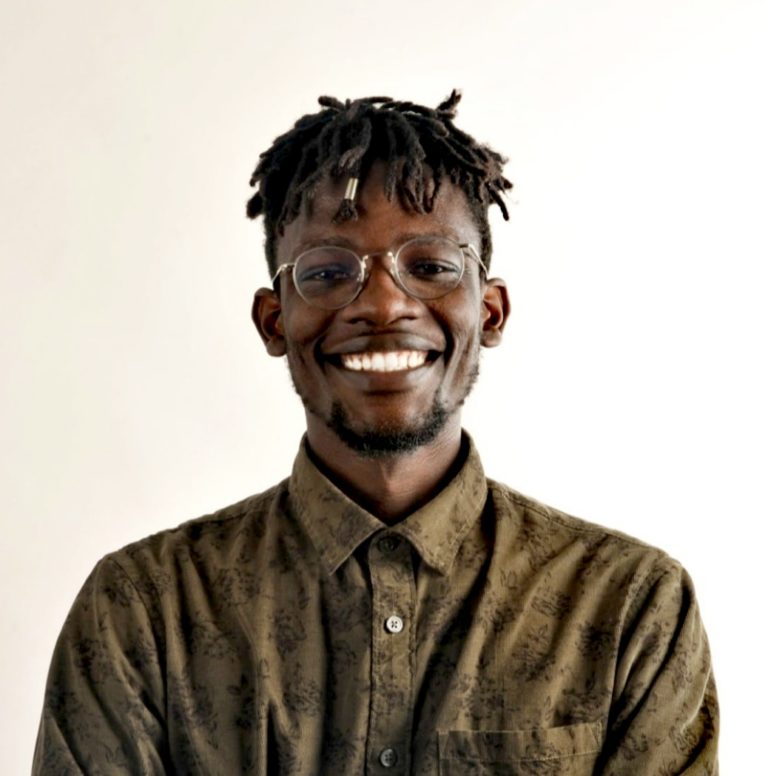 Assoukrou René Poupoint was born in 1995 in Bonoua, Ivory Coast. After studying art in Abidjan, he continued his studies in art history and archaeology in France. Then he reoriented himself in art school in Tours where he graduated in 2021 with honors. By placing himself in the shoes of a research doctor, Assoukrou Aké elaborates narratives that he calls “healings” through his multidisciplinary artistic practice of collage, painting, engraving and sculpture. His research feeds an art of translation for which he tries to transcend an equivocal visual aspect of violence and its capacity of mutation. In order to try to represent this unvisual concept, he constructs and deconstructs fragments of images by working with the material that he digs, cuts or tears to empty it of its meaning. His compositions with sinuous lines echo numerous references ranging from African tales to engravings by masters such as Poussin or Rubens, including Gustave Doré. Between symbolism and spirituality, his work invites us to question the meaning of existence through these dark and heavy atmospheres from which emerges a touch of serenity and hope.

Beyond the dark atmosphere where black predominates, the sinuous lines and the sweetened nebulous palette call for spirituality and serenity. The artist succeeds to translate the concept of violence and to extirpate it from all senses by the work of the material.

This installation results in part from a counter-gesture tearing the craft to reveal abstract forms to build something new. He tears apart in a symbolic way the evils that plague society.  The carefree and innocent movement of the hands becomes the work itself before the Common Work.

This series of engravings bears traces of the social, medical and political history of Africa. It also looks at violence and its symbolic charge conferred by the population. By mixing the sacred and the profane, the artist reveals the essence of human life, that of a divided and reinvented identity.

The artist extracted figures from engravings of the XXth century that show an euro-centric vision of the  colonial fight’s horror. Then he staged it inspired by Gustave Doré’s compositions for the Divine Comedy of Dante. Through this woodcut, Assoukrou Aké presents a discourse at once spiritual, philosophical and ideological of the resistance to the end. Will man destroy or sublimate himself? Is it an apocalypse or apotheosis?

This project raises a deep questioning of our actions in the world, on the meaning of existence, our relationship to time, to each other and to our common future by conceptualizing the passage from one state to another. 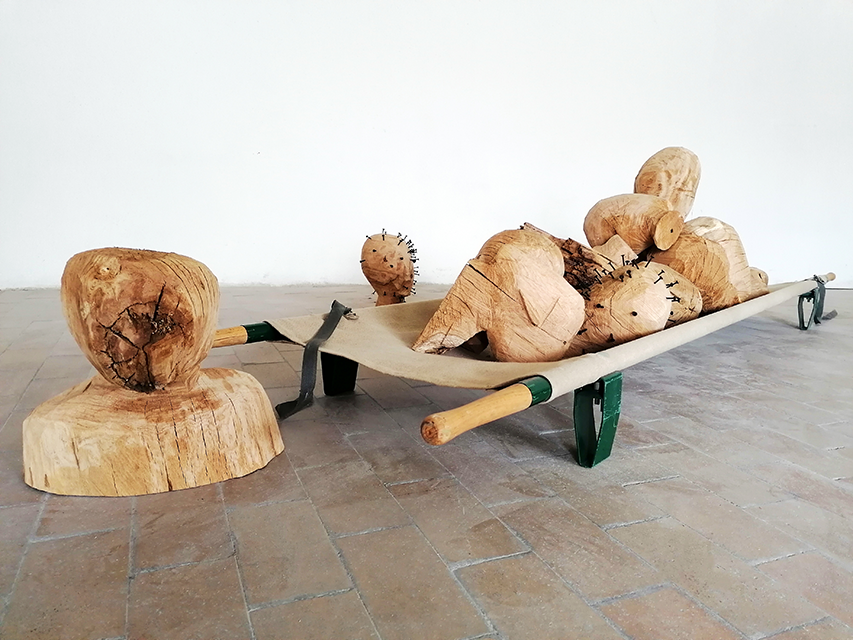