Back to artists
Ismaël Mahamadou 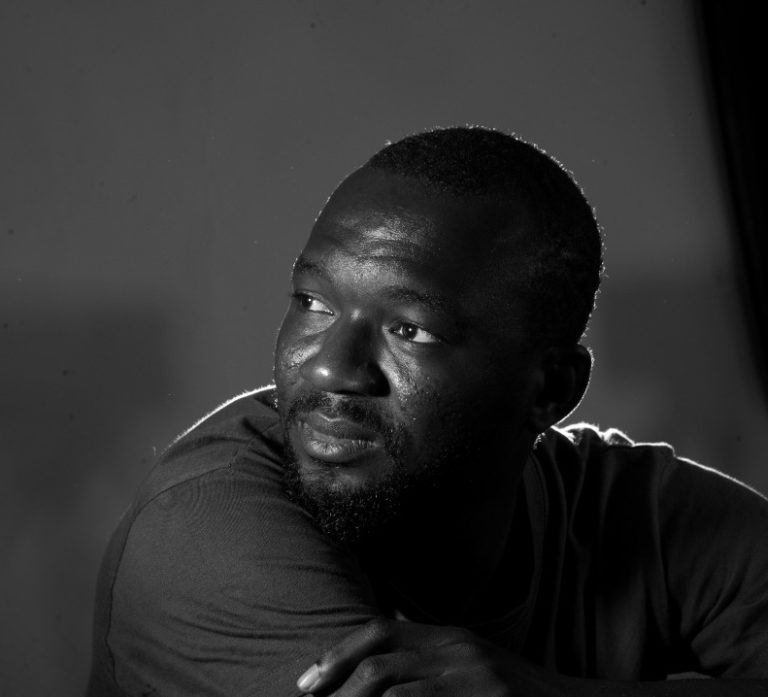 Born in Niamey (Niger) in 1995, Ismaël Mahamadou is a former professional dancer. He discovered photography in 2019. Fascinated by this medium, he is self-taught and becomes known with his mobile studio during the evenings of Niamey. He starts with commissioned work before developing more personal work upon his arrival in Dakar in November 2019. His favorite themes are identity, invisible people in society and Man in his environment. His work is part of a more general project of African identity’s reappropriation and valorization. The process of change and transmission are also part of his work which highlights the actual issues.

Through these self-portraits, the artist highlights a complex feeling where melancholy, nostalgia and hope are mixed. This emptiness feeling echoes to what we can feel when we leave our own country to another. The artist says he feels “locked up” with his partner, who’s more absent than present. Sometimes, absent even when she is present. Just when he began to go out and feel comfortable in Dakar, the virus forced him to stay at home again, thinking about the times he spent in his native country. He then took refuge on the computer working on the only material that he had: himself.

In this series, the artist highlights this complexity that Africans have among themselves. He decided to photograph his friends from different countries with their ID. The background is that one used by police to take pictures of criminals. This is sometimes how Africans perceive themselves on their own continent. The artist asks Africans to free themselves, to refuse borders, both moral and physical. For him, “circulation” is the key word of the 21st century, being also the one that characterized historical African cultures.

Located 28 km from Dakar, Lake Retba is better known as Lac Rose. Following a severe drought in the 1970s, all the fish and plants died and decayed leaving algae and marine micro-organisms. When the sun is at the zenith during the day, the algae rise to the water’s surface and give off ultraviolet rays when in contact with the sun and wind. It gives the lake its color which has been reduced from 25 km long to 5 km. The collected salt is intended for the fish canning industry and exported to the sub-region. Once dry, it loses its particular pink color and becomes white, a little gray, like the sweat of these workers. In this series, the artist wanted to pay tribute to these men and women who work tirelessly. He stress the visual contrast between this so soft pink and the terrible work of workers.

In Wolof, “dibi and that’s it”. The “dibiterie” or “dibi” is a Dakar institution. It’s the place where one eats grilled meat, like in Niger. It’s the Haoussas of Niger who brought their grills and their taste for meat to Senegal. “Dibi Rek” is also a nod to the hit song by Ismaël Lô, the Senegalese musician born in Dogondoutchi, Niger. This love song, released in 1994, is known to all in Senegal. Ismaël Mahamadou also talks about love, love for meat, by focusing on “dibiteries” paying tribute to these Nigerians who live in Dakar. 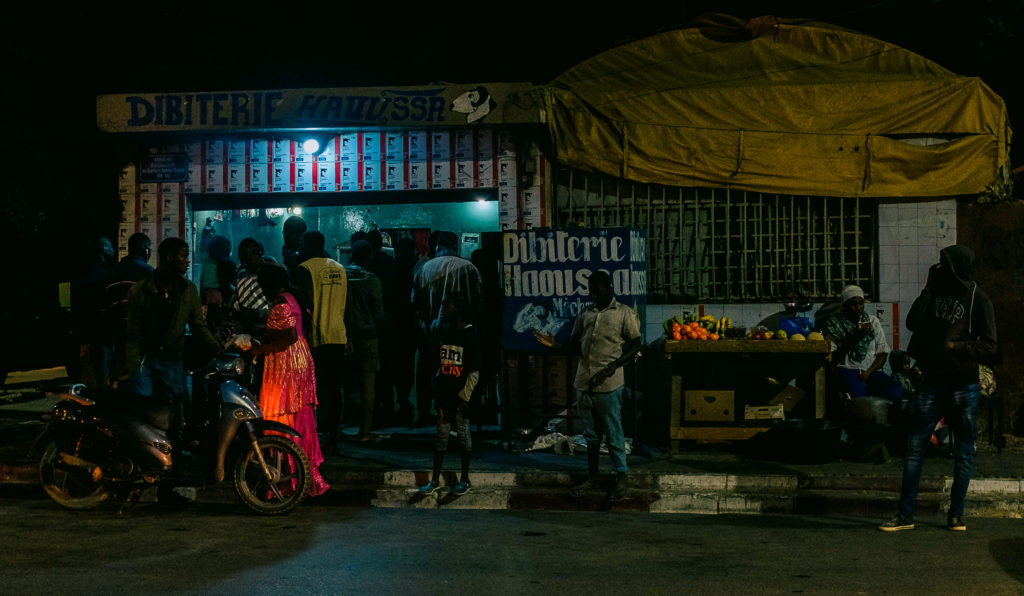